FOR the sake of long-suffering Marawi City residents, Sen. Robinhood “Robin” C. Padilla demanded from the Local Water Utilities Administration (LWUA) early Wednesday its word of honor to finally ensure a stable water supply in the city by next year.

While Padilla did not raise questions about the LWUA’s 2023 budget, he reminded the agency of the need to ensure water supply for residents of Marawi – which was attacked by extremists in 2017 – as a key step towards peace.

“Hinihingi ko na lang po ang inyong word of honor na next year, may tubig na po. Insha Allah (I ask for your word of honor that next year, Marawi will have a stable water supply, God willing),” Padilla, a voice for Muslims and indigenous peoples in the Senate, told the LWUA during the Senate’s deliberations on the agency’s budget after midnight Wednesday.

“Kung gusto po natin talaga na makamit ang kapayapaan, tubig lang po (I hope that by next year we will see water in Marawi. That is my only request. I won’t make this long. But if we want to achieve peace, we must have a stable water supply),” he added.

The LWUA noted that it has made progress in the design and construction of water treatment plant, reservoirs and pipeline; and site development work for water intake. It added the Philippine Army has approved its revised site development plan for a water treatment plant and reservoirs inside the Army camp; and is waiting for the Army’s approval of a draft memorandum of agreement.

Last October, Padilla angrily pointed out to the LWUA that Marawi residents continue to suffer from a lack of water more than five years after the Marawi Siege, despite the billions of pesos provided by the government.

He shared the observation of Sen. Ronald dela Rosa that extremists may exploit the situation and anger the residents to pave the way for a “Marawi Siege Part 2.”

Sen. Mark Villar assured Padilla that the LWUA is “committed” to ensure water for Marawi, adding the LWUA will provide updates on its accomplishments in Marawi City.

Meanwhile, Padilla called on the Department of Public Works and Highways (DPWH) to ensure decent roads in the Bangsamoro Autonomous Region in Muslim Mindanao (BARMM) to guarantee progress for the region, saying good transportation will be good for the region’s economy.

Earlier Tuesday, Padilla took part in the first Philippine Congress-Bangsamoro Parliament Forum, where proposed legislative measures were tackled to enable the Bangsamoro Government to ensure enough funding and proper use of such funds.

Padilla noted that while roads in Sultan Kudarat are good, they are very bad in Maguindanao. He said he has approached and sought help from Senators Alan Peter Cayetano and Bong Revilla, and from DPWH Sec. Manuel Bonoan, on the matter. 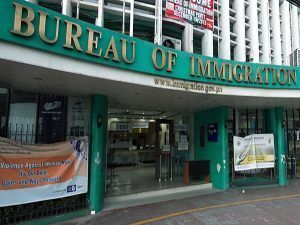 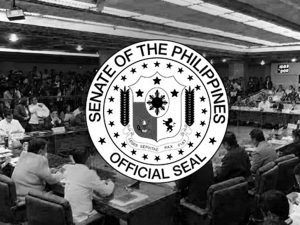 November 29, 2022 admin
We use cookies on our website to give you the most relevant experience by remembering your preferences and repeat visits. By clicking “Accept”, you consent to the use of ALL the cookies.
Do not sell my personal information.
Cookie SettingsAccept
Manage consent